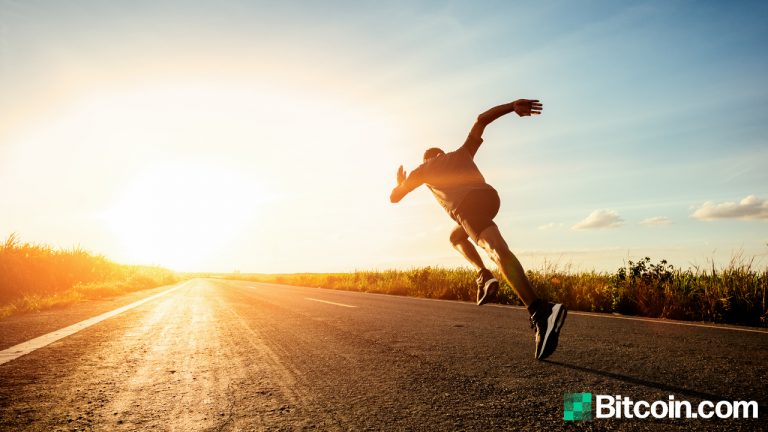 In a surge reminiscent of dogecoin’s recent rally, the value of the XRP token soared by more than 100% in just 48 hours. After starting the day at $0.29 on January 30, data shows that the token peaking at just above $0.67. At the time of writing, XRP is trading at around $0.66

As shown on markets.Bitcoin.com, after this price surge, the market capitalization of XRP went up to almost $28 billion, a figure close to double that of Polkadot. This means XRP has now reclaimed its position for now as the fourth highest-ranked crypto. Similarly, data from messari.io shows that XRP peaked at $0.68 on February 1. 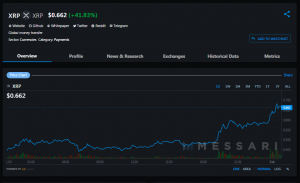 With the token issuer Ripple Labs facing legal challenges, XRP’s unexpected price surge might lend credence to reports that an offshoot of the Wallstreetbets (WSB) is helping to pump the crypto. 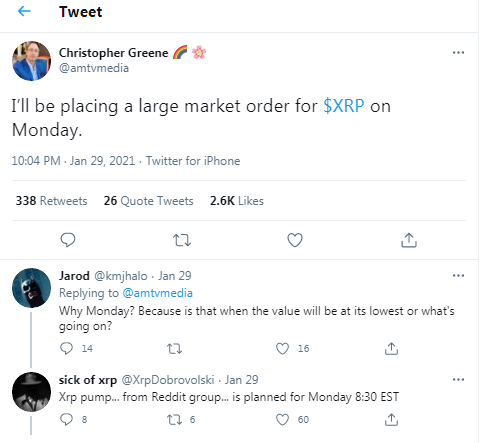 At the time of writing, some crypto enthusiasts on social media are calling on retail crypto investors to join a campaign to pump XRP.

What are your thoughts on XRP’s current price rally? Tell us what you think in the comments section below.