After the famous Maslow Hierarchy’s upgrade with Wi-Fi at the bottom, we have our very own slogan to enter into the digital age. Roti, Kapra, Makan, aur Internet, as aptly put by Tania Aidrus during her speech at the inauguration of Prime Minister Imran Khan’s initiative of Digital Pakistan where she shared her strategy on how to lead Pakistan on the digital front.

An ex-Google employee who left her job in Singapore has returned to Pakistan after 20 years with an ambition to contribute to her motherland. She shared her strategy in very simple words that are understandable by everyone. There are 5 components of the Digital Pakistan initiative as shared by her. 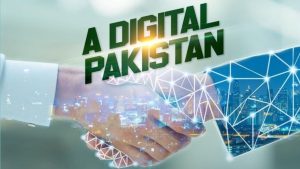 Access to the internet is the biggest democratizing force, says Tania Aidrus. Having access to information is equivalent to having access to knowledge.  She goes on further and urges the government to work on this component of strategy as a basic right of every Pakistani.

Building on digital infrastructure, she points out why we need to connect NADRA with other government services like challan payment, bill payment, and land record. This will not only shorten the time it takes customers to do their job but will also bring transparency which is an important component of the government’s agenda. Along with other benefits,  cost-saving is also an essential outcome of this digitization.

To move towards the knowledge economy it’s very important to update our youth with digital skills.  She talked about bringing focus on education in general and science specifically. Our curriculum needs revision to enable our youth to participate in the global economy.

“We need thousands of Arifa Kareem.”

A traditional economy cannot produce as many jobs as the digital economy can. She gave the example of Indonesia that has created startups worth 5 Billion USD in the last 5 years. The government’s job is to create a conducive environment for startups where they can run their operations with ease. She emphasized the importance of digitization for payments that is a big challenge for freelancers and startups in Pakistan.

“Pakistan has  opportunity to make billion-dollar companies in each sector.”

“We need to create an environment where entrepreneurship and innovation take place,” she said. “The government needs to make it easy for investors and entrepreneurs to invest in Pakistan. We need to attract companies that are worth billions of dollars.”

Knowing the general perception about individuals working with the government in Pakistan as connected to some higher up, Tania clarified at the very start how she got into this. In her own words;

“A person I knew told the prime minister about me and he forwarded an email to his reform team to contact me,” she said. “Over the next course of months, I was in contact with Mr Jahangir Tareen and members of the federal cabinet. I even met the president before I met Prime Minister Imran and discussed the project.” 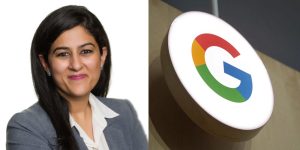 Tania is an MBA from MIT Sloan School of Management and a BSc from Brandeis University. Before joining the government of Pakistan, she was working in Google’s Next Billion Users project.  She is also the co-founder of ClickDiagnostics, a mobile health diagnosis company that connects rural patients in emerging markets to doctors around the world.

It was just last month when Tania delivered an inspiring and affirmative talk on Path to Digital Pakistan at 021Disrupt – 2019. To find out more about the event, click here. 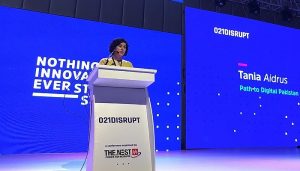