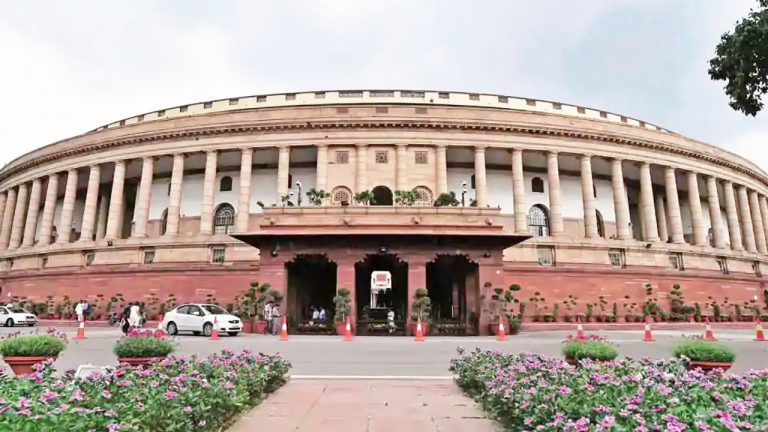 The Indian government has finally moved forward with a cryptocurrency bill. Entitled “The Cryptocurrency and Regulation of Official Digital Currency Bill 2021,” the bill has been listed for consideration in the current parliamentary session of Lok Sabha, the lower house of India’s parliament. It seeks to create a framework for India’s official digital currency to be issued by the Reserve Bank of India (RBI) but prohibit all cryptocurrencies.

After almost two years of waiting, the Indian government has finally moved forward with a cryptocurrency bill. According to Lok Sabha’s bulletin dated Jan. 29, the bill entitled “The Cryptocurrency and Regulation of Official Digital Currency Bill 2021” is listed for consideration in the current parliamentary session. The budget session of Parliament commenced on Friday and will conclude on April 8, with a recess between Feb. 15 and March 8. The union budget will be presented on Feb. 1.

The bulletin lists the bills the Indian government has sent to be taken up during the budget session. Among them is the cryptocurrency bill, whose description reads:

To create a facilitative framework for [the] creation of the official digital currency to be issued by the Reserve Bank of India. The bill also seeks to prohibit all private cryptocurrencies in India, however, it allows for certain exceptions to promote the underlying technology of cryptocurrency and its uses.

The Mint publication explained: “In the legislative order of business for the budget session of 17th Lok Sabha that commenced today, the government has listed a bill providing for the banning of all private cryptocurrencies in India such as bitcoin, ether, ripple, and others.”

This bill to ban cryptocurrencies resembles the crypto bill drafted by an interministerial committee (IMC) headed by former Finance Secretary Subhash Chandra Garg. That bill, dated February 2019, was unveiled by the finance ministry in July 2019. It proposes to ban all private cryptocurrencies and provides for the creation of a central bank digital currency (CBDC), the digital rupee. Garg has since resigned from his government work and the finance ministry had been silent on the bill until now.

On Monday, the Reserve Bank of India (RBI) published a booklet on India’s payment systems acknowledging the popularity of cryptocurrencies. The central bank also confirmed that it is “exploring the possibility as to whether there is a need for a digital version of fiat currency and in case there is, then how to operationalise it.” In December, the finance ministry was reported to be considering imposing an 18% goods and services tax (GST) on bitcoin transactions.

Although there have been reports of the Indian government planning to prohibit cryptocurrencies before, this is the first time that a bill to ban crypto has been listed for consideration in Lok Sabha.

The Indian crypto community disapproves of the government’s decision. “That’s insane,” one Twitter user wrote. Another warned that the RBI better not ban bitcoin, stating that the “Crypto bill should not be a FUD at this point or India will miss out on the momentum and innovation in the decentralization space.”

The CEO of the Indian crypto exchange Wazirx, Nischal Shetty, commented: “A country as large as India should at least work on understanding the underlying terminologies before presenting technology-related bills in parliament. Seems like a hurried move. If done wrong, this can potentially destroy a lot of value held by the general public.” He added, “Let’s hope this is a precursor to positive crypto regulations,” emphasizing:

Just because a bill is presented doesn’t mean it’ll be cleared … Wrong or hasty regulations will set us back by a decade. Right regulations will catapult India to the forefront of this technology.

“We have leaders who are technologically capable and they’ll definitely raise issues around this,” the CEO believes.

Neeraj Khandelwal, co-founder and chief technology officer at Coindcx, another Indian cryptocurrency exchange, pointed out that it is estimated that there are more than five million Indians holding “a combined wealth of $10 billion in bitcoin which is 2% of India’s forex reserves, taxation on crypto can fetch a few billion dollars in taxes to the Indian govt.” He reiterated that “Previous attempts to ban bitcoin in India have been unsuccessful. The industry has survived 2 years during the RBI imposed banking ban.”

The Indian crypto ban news came after a price spike in bitcoin following Tesla CEO Elon Musk changing his Twitter profile to “#bitcoin” and tweeted, “In retrospect, it was inevitable.”

Do you think India will ban crypto? Let us know in the comments section below.