GDG Kolachi is a Google community consisting of Google developers and tech enthusiasts working tirelessly to spread awareness about Google technologies and its variety of applications. The main motive of the community is to improve link-up in the tech industry by the effective inclusion of Google technologies. It emphasizes on building a tech-inclusive future in Pakistan, particularly with Google’s technology. Just like the last three years, GDG Kolachi organized the fourth iteration of its flagship event – GDG DevFest.

GDG DevFest is the flagship event of the Google Developer Group (GDG) Kolachi. The main aim of the event is to list the various Google technologies that can serve to be driving forces for Pakistan’s tech industry. The GDG community has a laser focus on its idea of paving way for multitudes of individuals to follow the industry’s best practices and enhance the quality of services being provided by them.

Like the majority of tech events, the GDG DevFest 19 also kicked off with a keynote from the GDG Kolachi Lead, Eric Bhatti. Eric is the Technical Lead at Oraan and is one of the top Android Developers on Stack Overflow. He has been exploring multitudes of ways to enhance the Android Development experiences for individuals who follow him. 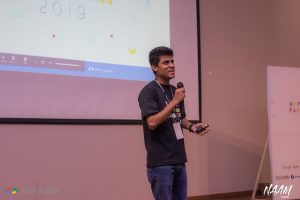 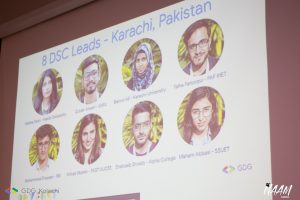 Eric expressed extreme gratitude for the massive turnout that included a variety of individuals from different universities, and the corporate sector. GDG DevFest hit a personal best by hosting more than 700+ individuals with a prominent women representation interested in or associated with technology.

As per the event’s official itinerary, the event was scheduled to conduct a multitude of speaker sessions, codelabs, thought-provoking workshops, and office hours in the community lounge.

The speaker panel had an incredibly experienced lineup of speakers that baffled the audience with their expertise and knowledge of their respective domains. Some of the key speaker sessions included:

Mr. Mashhood Rastgar, CEO – Sastaticket.pk, is an Angular Developer and Google Developer Expert. He walked the audience through the massive enhancements that have been made by Google to bring ease in the domain of website development. Furthermore, Mashhood discreetly mentioned the noticeable differences that have been made in the Cloud division by Google. Moreover, he conducted a detailed discussion regarding Tensorflow and its capabilities. 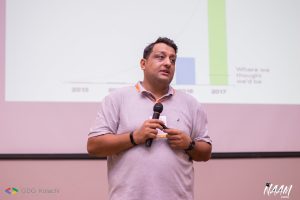 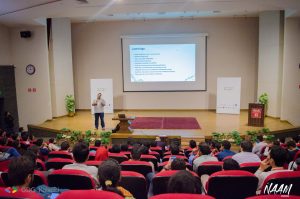 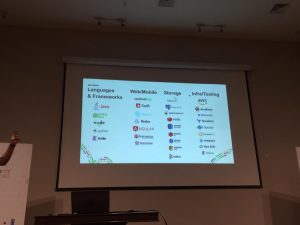 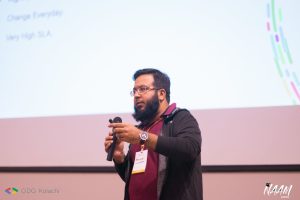 Pakistan’s recent tech sensation, Aqsa Kausar conducted an interactive and intuitive speaker session regarding the supremacy of Machine learning when used effectively. Aqsa Kausar is Pakistan’s first female Google Developer Expert in Machine Learning which brought an increased amount of publicity and exposure in a short amount of time.

How does Bykea use BigQuery – Abdul Mannan 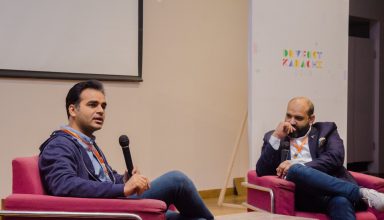 Atyab Tahir, Head of Digital Banking at HBL, and Asif Jafri, Founder Momentum Pakistan, conducted a fireside chat discussing the significance of the role of developers in Pakistan’s tech industry. Both the speakers reinstated and centered their discussion around a specific point during the discussion that:

Freelancers are the ambassadors of Pakistan.

Community Lounge was an innovative and interesting element to this year’s GDG DevFest. The idea of the community lounge was to bring the experienced speakers and the information-hungry attendants of the event to mingle and interact with different professionals to discuss and know as much as they could. As per the initial announcement by Eric Bhatti, the speakers had detailed and insightful discussions with all the attendants who approached them in the community lounge to educate them with their relevant domains of knowledge. The participants’ turnout for this and their feedback showed how important it is to have one-on-one interactions for students to gain the exposure they desperately need. 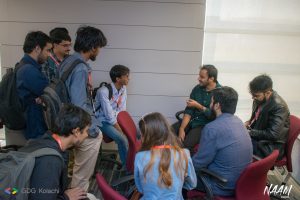 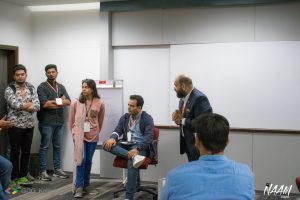 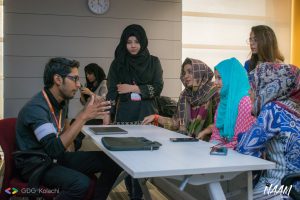 I am Remarkable – Hufsa Munawar 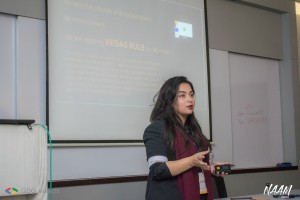 Hufsa Munawar, Creative Lead – GDG Islamabad and Ambassador – Women Techmakers, is a Digital Marketer by profession. She applied the “Vegas Rule” in her workshop which radically increased the interaction level in her workshop. The focal point of the workshop was:

It is important for us to accept our own remarkability before asking others to do so. 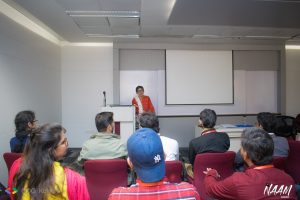 Noorulain Masood, Founder of Be, hosted the workshop on Mindfulness for Innovators. The main focus of the workshop was to identify how to ignore useless thoughts when trying to focus. Noorulain dismissed the complex concepts of how to tackle difficulties in maintaining focus. She provided the attendants with a subtle and simplistic formula of meditation to train their minds on how to ignore useless thoughts.

Apart from the various informative speaker sessions and the refreshing workshops, GDG DevFest was also equipped with some exciting Codelabs for the participants to receive hands-on knowledge about some technologies.

The topics of the codelabs included: 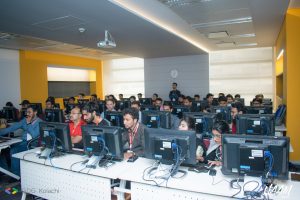 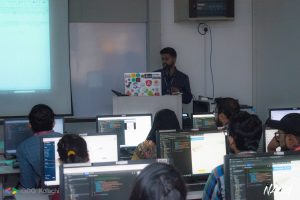 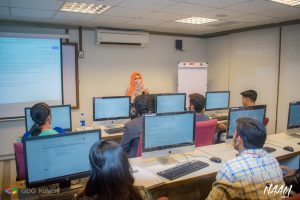 GDG DevFest’s platform seemed like the optimal opportunity for GBG Karachi to announce the launch of their own BizFest Karachi which is scheduled to be held later this year. GBG’s BizFest is scheduled for 7th December 2019. More details regarding the event can be found here.

To sum it up, Google Developers Group Kolachi pulled off another great event by bringing students, corporate professionals, and entrepreneurs under one umbrella. According to the attendants’ responses, the frequency of events like GDG DevFest 19 should increase for the enhancement of Pakistan’s Tech ecosystem. 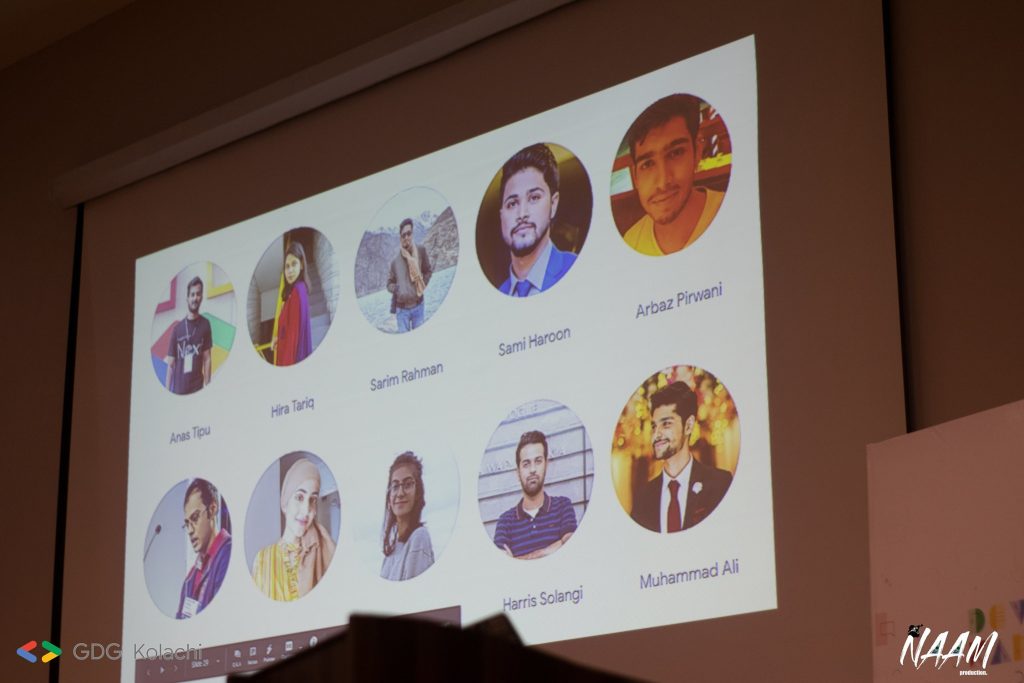